From media_wiki
Jump to: navigation, search

The AVRISP mk.II is Atmel's official programmer for the AVR line of chips.

This product is no longer available for sale. For a replacement, see the Atmel-ICE: ATATMEL-ICE 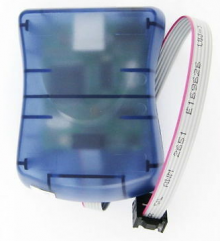 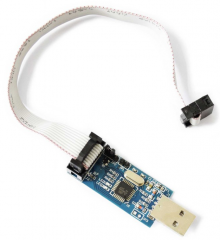 USBtiny is a software implementation of the USB low-speed protocol for the Atmel ATtiny microcontrollers. Of course, it will also work on the ATmega series. The software is written for an AVR clocked at 12 MHz. At this frequency, each bit on the USB bus takes 8 clock cycles, and with a lot of trickery, it is possible to decode and encode the USB waveforms by software. The USB driver needs approximately 1250 to 1350 bytes of flash space (excluding the optional identification strings), depending on the configuration and compiler version, and 46 bytes RAM (excluding stack space). The C interface consists of 3 to 5 functions, depending on the configuration. 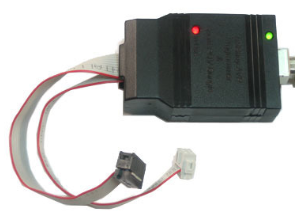 RETIRED? The Arduino ISP is a tiny AVR-ISP (in-system programmer) based on David Mellis' project FabISP. With this programmer you can upload sketches and burn the bootloader on any AVR based boards, including Arduinos. 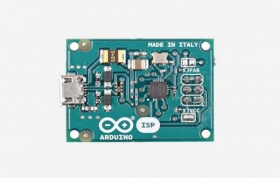 The Arduino ISP is able to provide the 5V power supply voltage to the board being programmed.
If you want to power the board through the ISP you have to close the SJVCC jumper on the board.